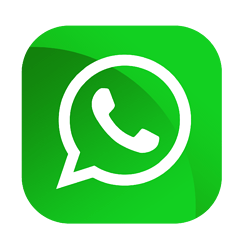 As for the feature, it will soon be available on both Android and iOS devices of Beta testers in Argentina.

New Delhi: Meta-owned encrypted messaging service WhatsApp is reportedly working on a new feature that will allow users to share bigger-sized files and media with others over their platform.

According to a WABetaInfo report, WhatsApp will soon start testing the “Media File Size” feature in Argentina which will allow users to share media files up to 2GB in size. The feature will initially be limited to Beta testers in Argentina.

As for the feature, it will soon be available on both Android and iOS devices of Beta testers in Argentina.

For those who are unaware, currently it is only possible to share files up to 100MB due.

WhatsApp recently started rolling out the much-awaited multi-device support for all users.

Till now, the feature has been available to users under WhatsApp’s opt-in beta testing programme. Now, according to WABetainfo, the update will roll out to iOS users this month, followed by an Android release next month.

With the new update, your primary device will not have to remain online in order to access the platform.

Viewing live location is not possible on paired devices. Creating and viewing broadcast lists or sending messages with link previews from WhatsApp Web cannot be performed on the secondary devices.