We already knew that The Epic Games Store was primed to give away free games during its Epic Holiday Sale, but now a cheeky tweet has intimated what might be up for grabs across the whole promotion. 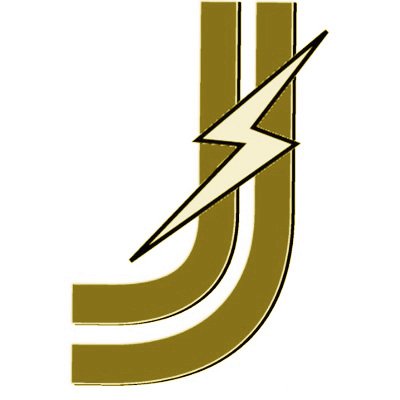 This got sent to me a few hours ago, I wasn't sure if it's real or not. But now, as New 'n' Tasty leaked to come out today, this list is most likely true. Still take it as a grain of salt. I'll give you more info where it's from. https://t.co/0vTNgMec3n 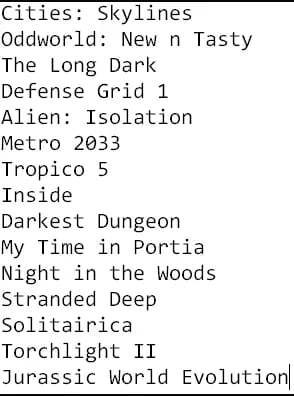 The Epic Games Store recently launched its Holiday Sale and also brought back its limitless £10 coupon promotion that’ll save you even more money on a whole host of digital PC games.

All you need to do is log in to the EGS and claim your voucher from the store page. From there, it’ll be automatically applied on any purchase of £13.99 or over (except pre-orders). And then, best of all, you’ll get another coupon added to your account to use on the next game you buy. And then the next one, and so on.

Unless Epic Games diverges from the leaked list, the next set of free games are, in order: Metro 2033 , Tropico 5 , Inside , Darkest Dungeon , My Time at Portia , Night in the Woods , Stranded Deep , Solitairica , Torchlight 3 , and Jurassic World Evolution . The list is a mix of big budget releases as well as critically-acclaimed indie games, with Metro 2033 , [Inside], and Night in the Woods standing out as particularly well-regarded games. 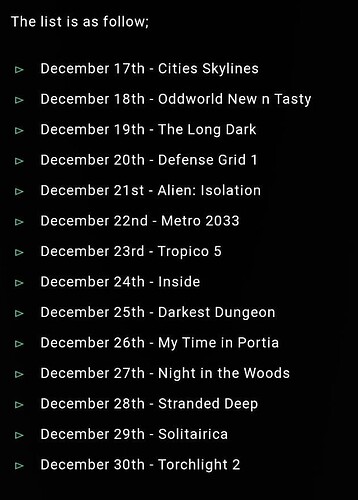