Google has revealed the shocking amount of data Chrome collects about you. How can you keep your online privacy? Google has finally admitted to just how much data the Chrome web browser harvests from its users, and it’s much more than any other popular browser.

So what does Google Chrome know about you? What data does it collect? And how you can get out from under Google’s microscope?

Chrome’s Data Collection is Out of Control

Apple’s privacy label requirement for apps on the iOS and Mac App Stores has forced Google to put Chrome’s data collection, the browser used by billions around the globe, on full display.

Chrome’s privacy label details the extreme amount of data it collects from its users. Forbes reports that Chrome not only collects significantly more data than other popular browsers; it also links virtually all collected data back to its users. Other browsers leave at least some collected data anonymous, but not so with Chrome.

One of Google’s search engine competitors, DuckDuckGo , tweeted an image showcasing the shocking amount of information that Chrome, as well as the Google app itself, may collect and link back to you.

Some highlights include financial data, geographical location, and browsing history. 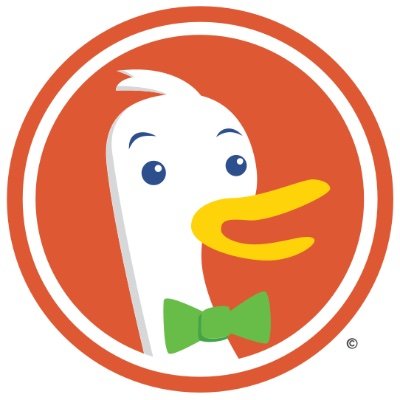 After months of stalling, Google finally revealed how much personal data they collect in Chrome and the Google app. No wonder they wanted to hide it. Spying on users has nothing to do with building a great web browser or search engine. We would know (our app is both in one). https://twitter.com/DuckDuckGo/status/1371509053613084679/photo/1

While Google admits to all of this, the company defends itself by pointing to the useful features and functions made possible by the data collection. However, other browsers offer much of the same functionality without the data linking.

Google has also been developing some privacy-focused initiatives, particularly in relation to cookies. But many have criticized those initiatives as simply disguised efforts to tighten Google’s control of the internet.

If you’re a Chrome user, these revelations might leave you quite distraught. Solutions do exist, fortunately, that will minimize the amount of your data Chrome can consume. Let’s take a look.

The data points listed by DuckDuckGo are what Chrome is capable of collecting, but not necessarily what it will collect. That’s partially determined by how you choose to use Chrome.

For example, you can reject requests from websites that want to know your GPS location. Additionally, many third-party Chrome extensions collect data as well, so you should avoid installing them when possible, especially if you don’t know or trust the creators.

You do have some control over your data if you change Chrome’s privacy settings. Adjusting those settings is easy, and you’ll be free to continue using Chrome with most of its functionality.

Beware, though, that none of the privacy controls will totally remove Google’s watchful eye. It’ll still track as much as possible while you’re signed in and using Chrome.

This solution allows you to continue benefiting from Chrome’s power and reliability.

If you use your Google account for many purposes on Chrome, consider decentralizing your data by using a number of other services.

This strategy will result in several tech companies accessing small amounts of your data rather than one big company, i.e. Google, accessing a huge amount of your private information.

The cleanest and surest way to free your data from Chrome’s grip is to make the jump to another browser entirely. You may want to switch to one of the browsers that requires far less data access and linking, like Apple Safari , Mozilla Firefox , or Microsoft Edge. DuckDuckGo in fact has its own mobile browser that’s growing in popularity.

Changing browsers can be a pain, though, so you might choose one that makes importing bookmarks easy.

If you’ve been saving your passwords in Chrome, we recommend switching to an external password manager, a much more secure approach to passwords.

While the size of Chrome’s data collection is shocking, Google is certainly not the only tech company with its hand in the data cookie jar. Many others that you probably have accounts with do their own data harvesting, and you should always stay aware of its scope. (Source: makeuseof)