Experience the trials of 8 warriors in their plight to sever the gods’ grip on humanity as you take on legions of beasts in each of the gods’ realms. Gods Will Fall

You Are The Last Hope For Humanity

The gods’ torturous rule over humanity has lasted for millennia. Bent on cruelty and suffering, they demand to be served with blind worship through an oath of fealty pledged from every man, woman and child. To those who don’t submit to the gods’ will; a slow and merciless death awaits.
Experience the brutal trials of a venturous band of warriors in their desperate plight to sever the gods’ callous grip on humanity. Every man and woman who can muster a blade, having suffered the brutality of the gods’ reign for too long, will be called upon to form your clan of 8 Celtic survivors and rise up to take on the legions of horrific beasts and minions that dwell in each of the gods’ hellish realms.
A personal tale emerges with every decision made. Succeed and see legends born. Fail, and watch lives turn to dust.

Unravel the dark secrets of each ancient God as you venture into their elaborate and perilous lairs. Crawling with minions who will stop at nothing to defend their deities, each location will be deadlier than the last.

With 8 different warriors of every size, each equipped with their own exclusive weapon type, choose your next hero wisely. Success is hard earned and brings unique skills, weapons and items but failure will see the challenger imprisoned and screaming for salvation.

Navigate a World of Duality

Savor the calming sights as you explore the stunning and lush terrain of the Overworld. But beyond each ancient doorway, lies a god’s realm. Brimming with foul creatures, stalking a world built from human suffering. Each path you tread and each door you open will be different from the last, ensuring a brand new tale unfolds every time.

A Lesson in Brutality

With a pick up and play combat style that is easy to learn but hard to master, a massive challenge awaits all who venture within. Strengthen your warrior by entering the fray and embracing the berserker within. Defeat is always moments away as the gods await their challenger. 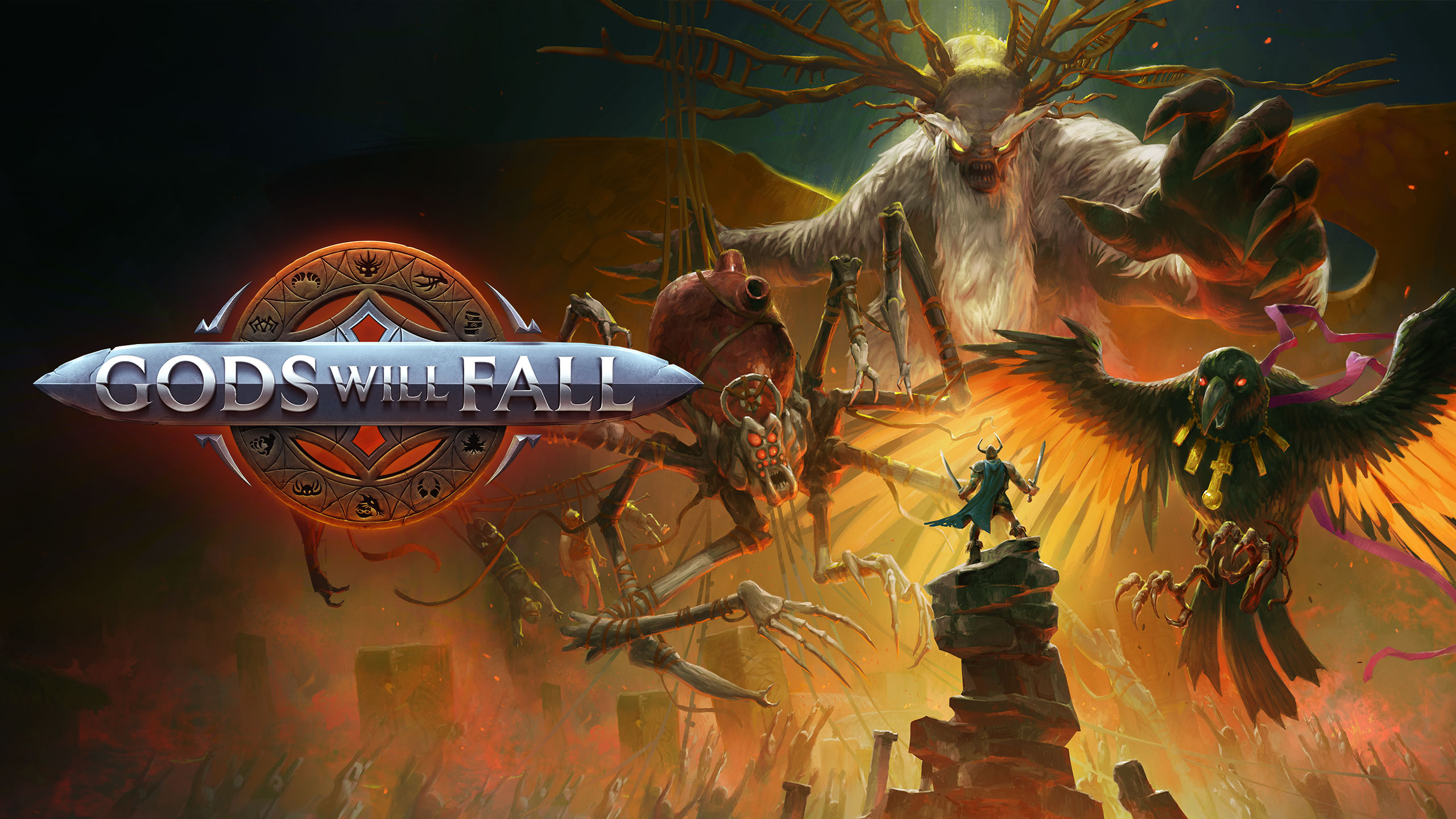 Download and play Gods Will Fall at the Epic Games Store. Check for platform availability and price!